Extract from the article:

“It was the African Christian Democratic Party (ACDP) that neatly summed up why Neilson’s disclosure grates: if the DA did not release the information on the land parcels, the perception continued “that they and the property developers are in cahoots and only certain properties are released to certain property developers”, said Grant Haskin, the party’s communications director and one-time councillor. ”

Transparency from government is important and the DA is unwilling to be transparent.

Simply google “Tafelberg Site” and see previous posts of mine earlier this week on alleged collusion between the DA and property developers – just one example. There are many more. 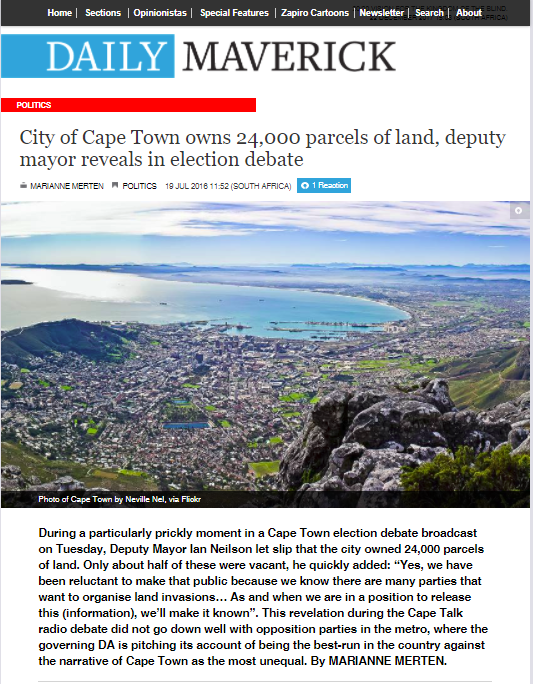