What this guy threw in public places a few times – like the Airport and at WC parliament – was POO !
(not Pooh, everyones cuddly, honey-coloured bear)

We were all disgusted by his actions and we all said so – including the DA.

But then he joined the DA and they welcomed him with open arms. Now he’s been rewarded and promoted by the DA – using rate payers money. 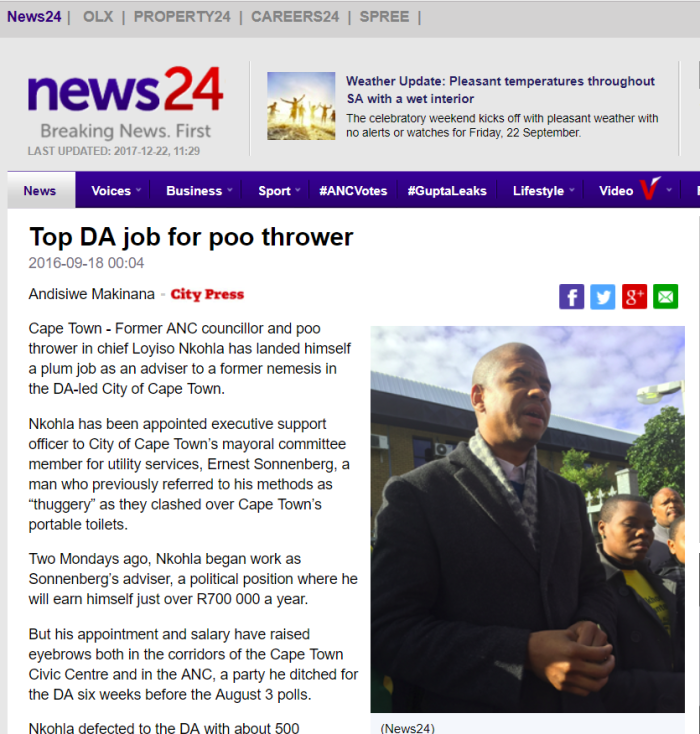